East to the Sierras (and beyond, alas*)

*because this has been written and posted from much further east. The UK. Which was grey and cold and raining stair-rods when we arrived on Monday morning. The contrast with California could not have been greater, and we both fervently wish we were still there.

I stopped posting updates on our travels because the mobile apps for Blogger are very nearly worse than useless for text and worse than useless for photos (unless perhaps I buy even more apps, but I have better things to do with my money). I'm finishing the series now we're back in the UK, but I may move to Wordpress before our next adventure.

The sun was burning through the low cloud as we left on 101 south. 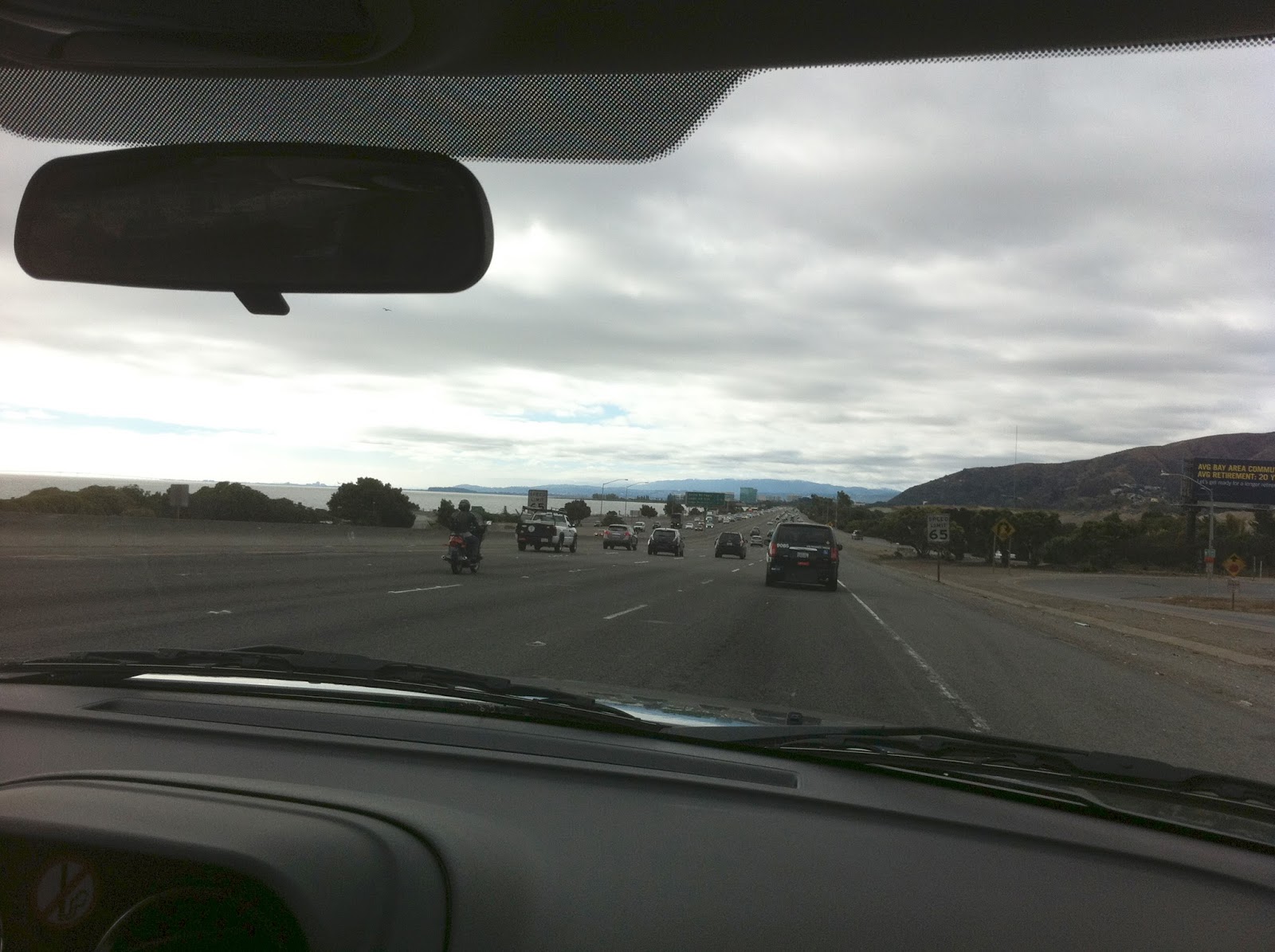 And the sky was dazzling blue by the time we headed east on 130 for the Lick Observatory and points beyond. 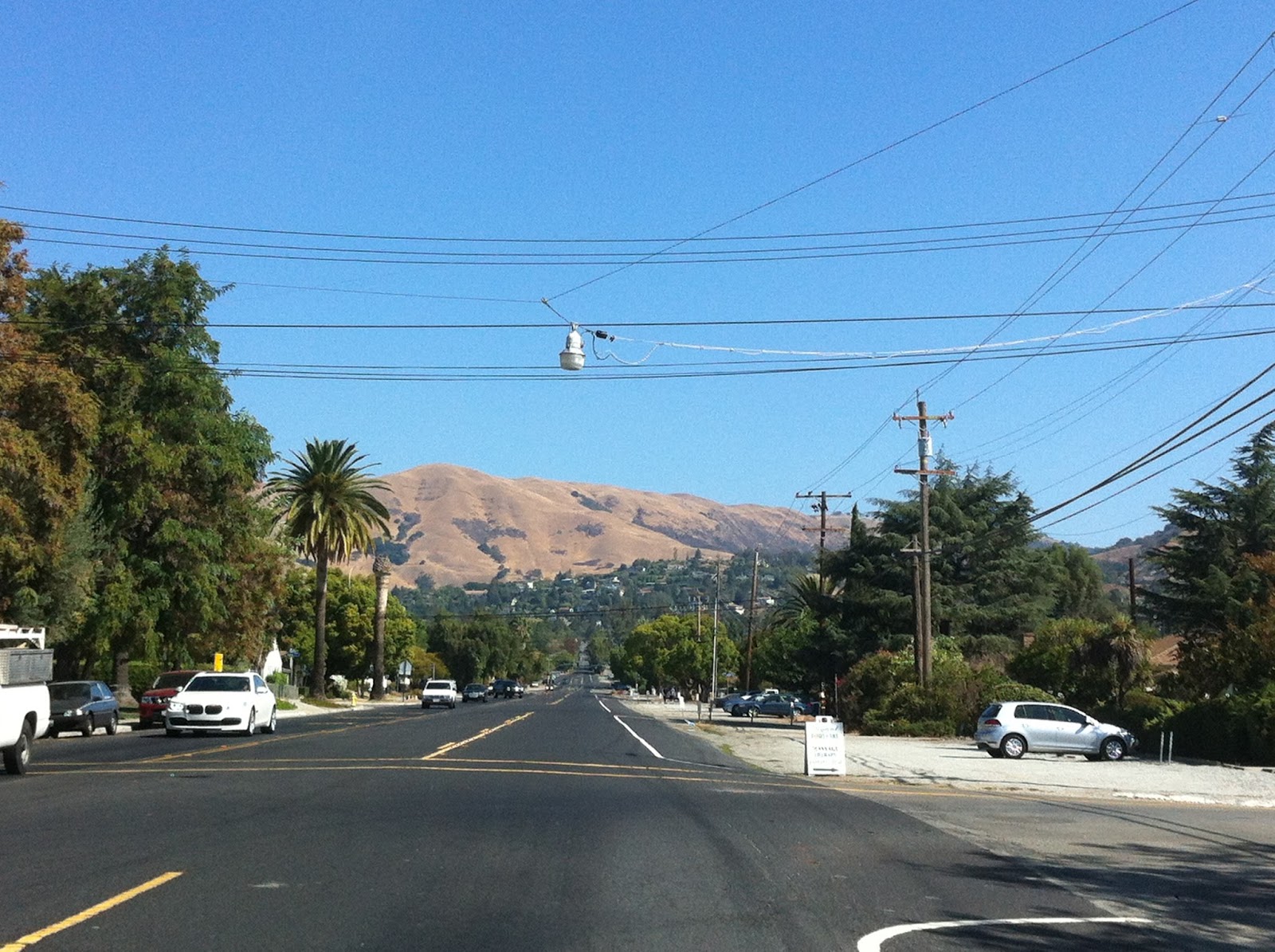 Volcanic ash outcrops erupting through gold grass on tan hills dotted with dusty green and the amazing BLUE sky above it all. 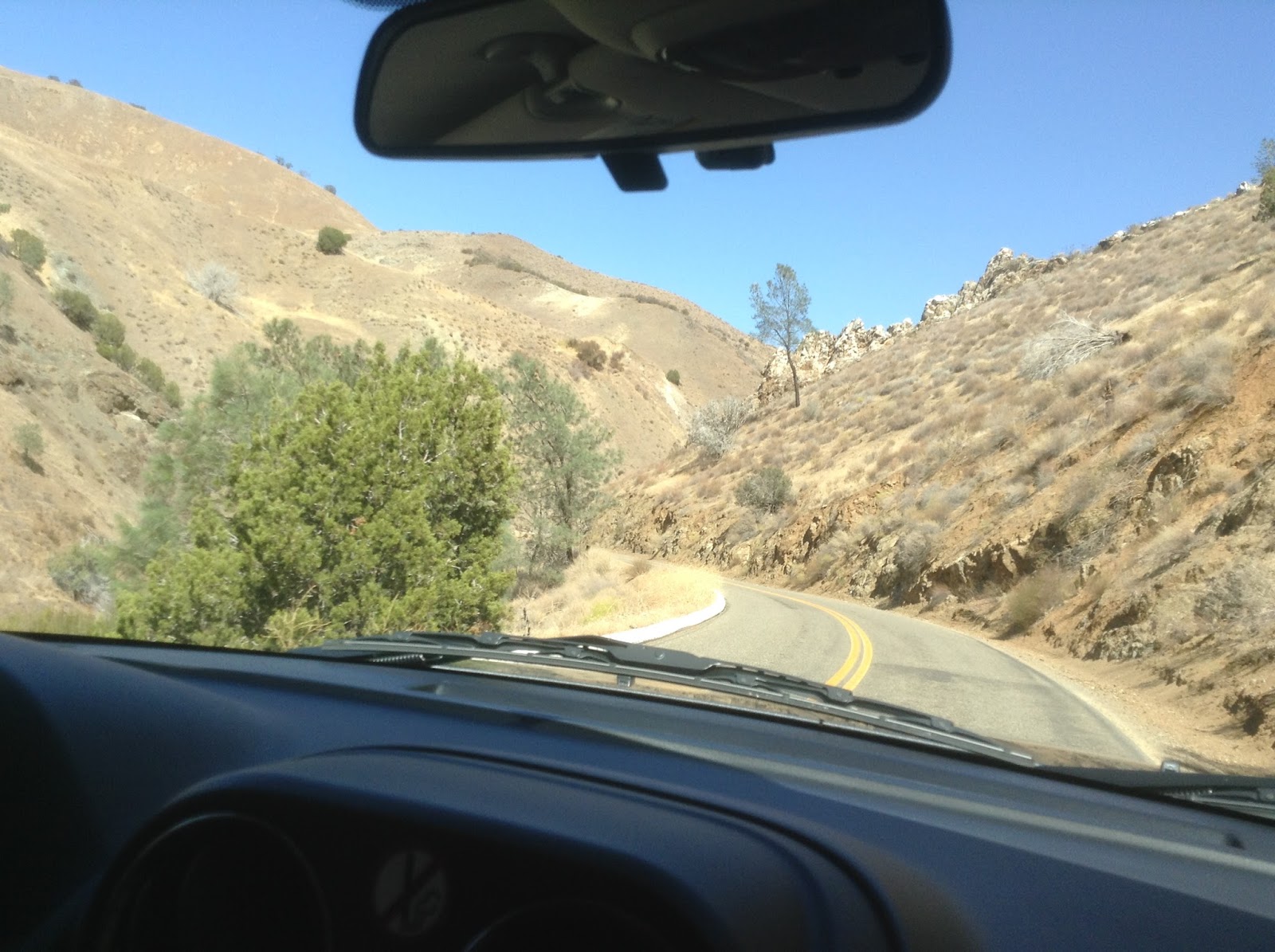 The lower slopes of the Diablos, dry and dusty. There are trees higher up: the very reverse of what we've seen everywhere else (trees lower down, rock higher up).

Sadly my vertigo kicked in, so I was too busy clenching my toes to enjoy the fabulous views when the road was running along the top of the 4000' ridge, but I recommend it to anyone (not suffering from vertigo or fear of heights :-) As we lost altitude and headed further east, we drove through dense forest, then sparser forest, then sage and trees, then abrupt, steep hills covered with golden grass. Something was not quite right about the alignment of the hills; I looked and thought and then realised there was little sign of water, little sign of the sculpting of landforms, the surfaces smoothed and rounded by rain and river, that my eyes expected. The hills were at the angle of repose of whatever composed them: volcanic ash with steep jagged outcrops of basalt, or cliffs where some sudden rainfall had carved pillars into hardened ash.

Quite suddenly there was vivid green on the hillsides: regimented rows of trees with lush green leaves looking totally out of place. We'd reached Interstate 5 and the edge of the Central Valley. Water supplied by irrigation and seemingly endless sun (plus fertiliser, I assume, although we didn't see it) allows almost anything to grow here

On the other side of the valley the land rises to reach the Sierras. Low hills crowned with golden grass - the 'Sierra Gold' - rise out of the vivid green until the green is left behind. Scattered dusty trees stand in the grasses. 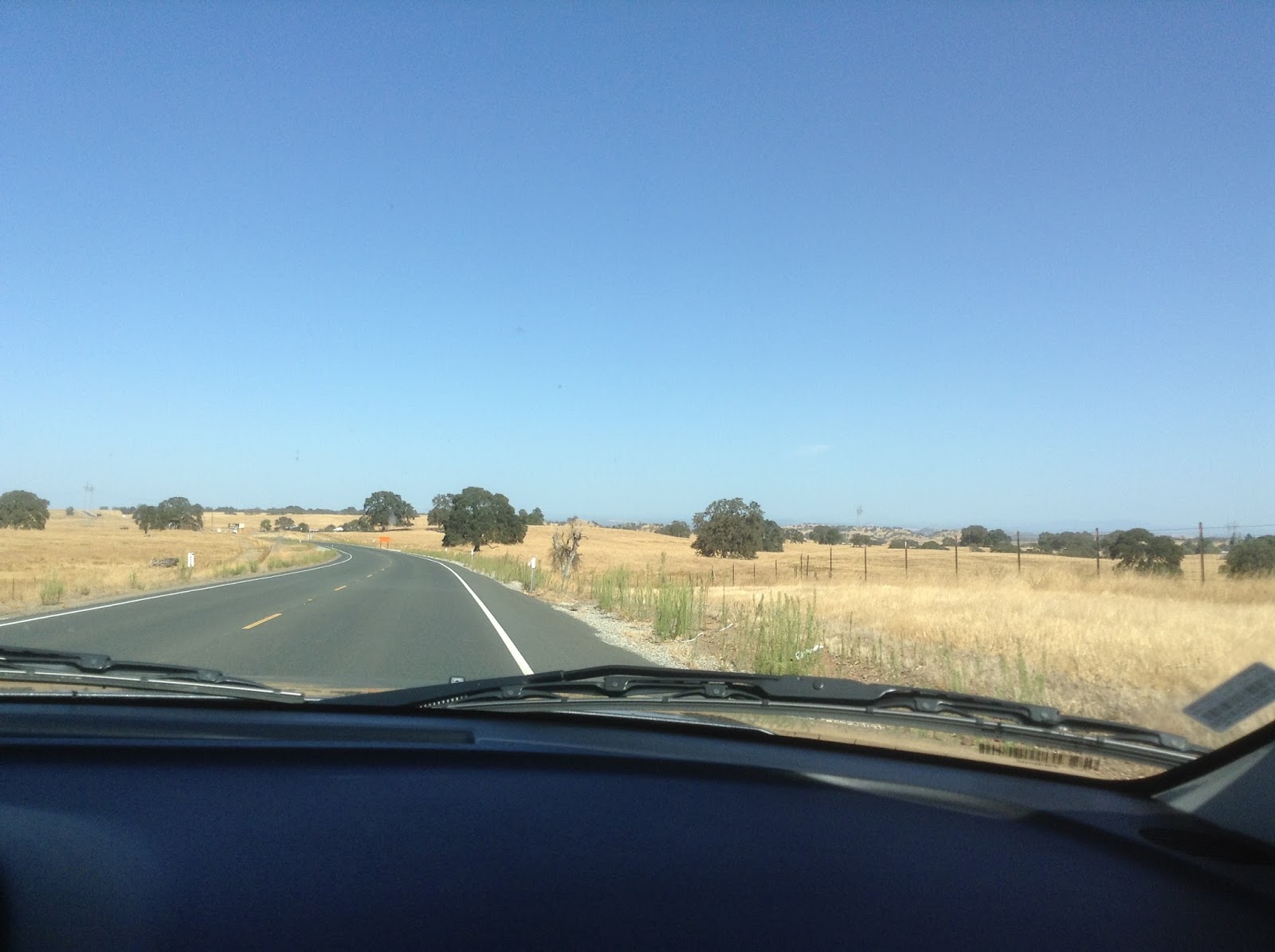 There are more trees, the hills are higher. We're in Jackson, and then we're with friends for two nights.