Rarely have we felt more melancholy than we did as we packed our bags the next morning. Good company, good food, lovely surroundings (and geology!) … we'd had a wonderful time, but it was all downhill from here.

Literally. We left early on Hwy 20 downhill, out of the Sierra Nevada. 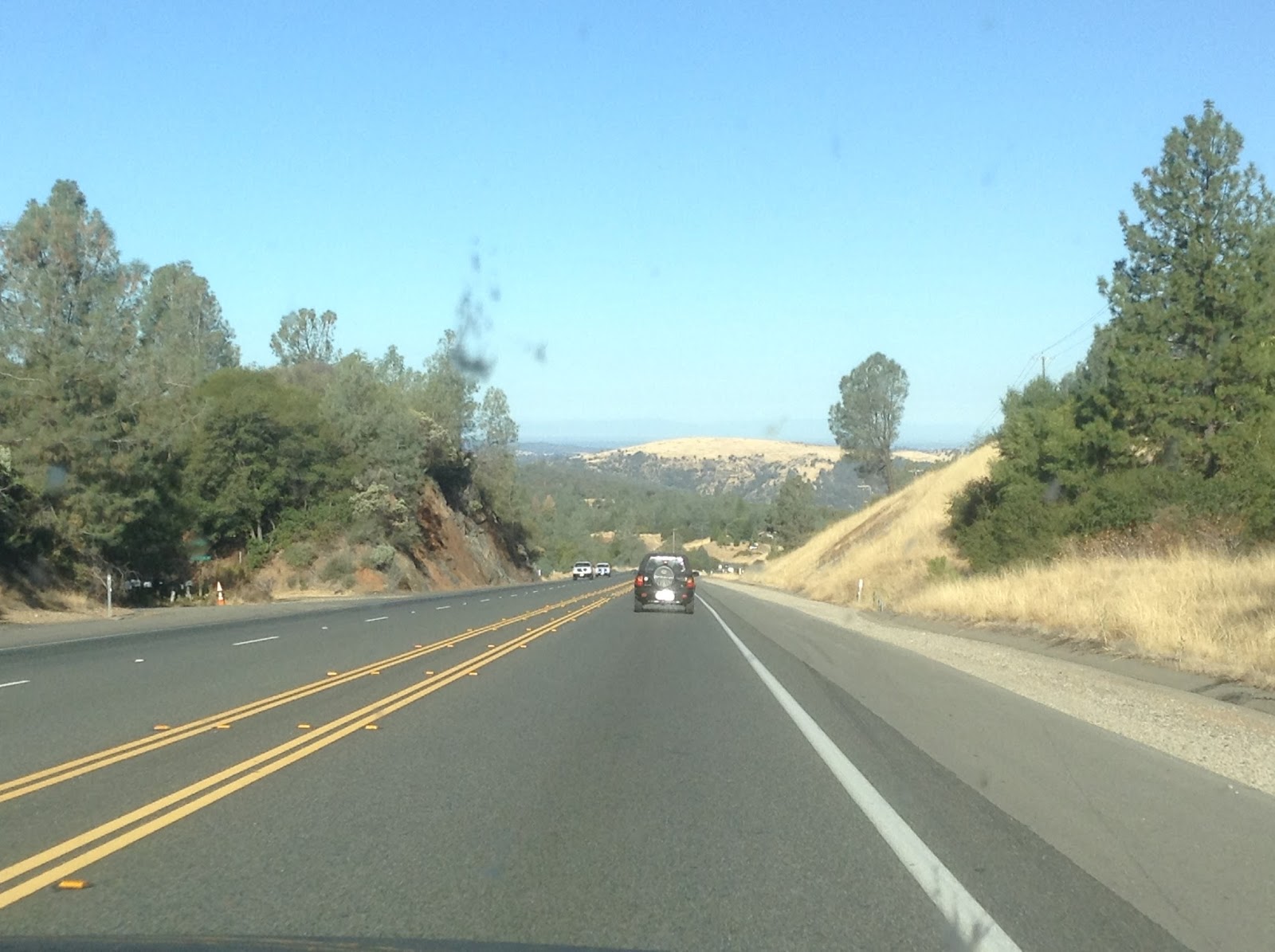 Roadside Geology of Northern and Central California in hand, I tried to note the different formations as we drove west. I looked for red soils on high ground as we began the journey: these red soils are the old surface of the Sierra Nevada, before the uplift that began a few million years ago. We'd driven on it as we travelled from Tahoe to Colfax: I80 runs along a ridge of it, hence the long gentle descent. The extensive gravel bars in the Yuba River were washed down by the hydraulic mining of the gold from those ancient mountains and later (1903–1968) dredged and processed again for any placer gold that had escaped the original miners. I had a glimmering sense of satisfaction: my general knowledge of this landscape was improving, I could put things into context and understand the relationships I'd been reading about.

California has been built over time from 'exotic terranes' left behind as the Farallon Plate sinks below the North American plate. The 'original' west coast was in Utah: the land west of this is a sequence of island arcs and oceanic crust scraped off the Farallon Plate from about 165–50 million years ago. The Farallon Plate itself melted at depth and some of it returned to the surface as basalt, obsidian and ash; the Sonoran volcanics that so entranced us are the result of this process. Near the Yuba River Bridge, Hwy 20 passes over massive rocks with thin red soils: the red is iron oxide weathering from the rock, basalt flows that were once on the floor of the Pacific Ocean. Distracted by this from my sense of impending doom - the end of the holiday - I felt more cheerful.

Yuba City felt strange. A perfectly normal farming community starting its Friday morning, but so very different from the tourist-centred mountain and desert communities we'd been travelling through, and set in a farming landscape. Green, but green thanks to irrigation: look at Google Earth and admire the regular blocks of every shade of green. There were ditches, but instead of carrying water away as they would in the UK, these brought water to the fields. There were rice fields! And there were the stark, surprising hills of Sutter Buttes rising from the fields. 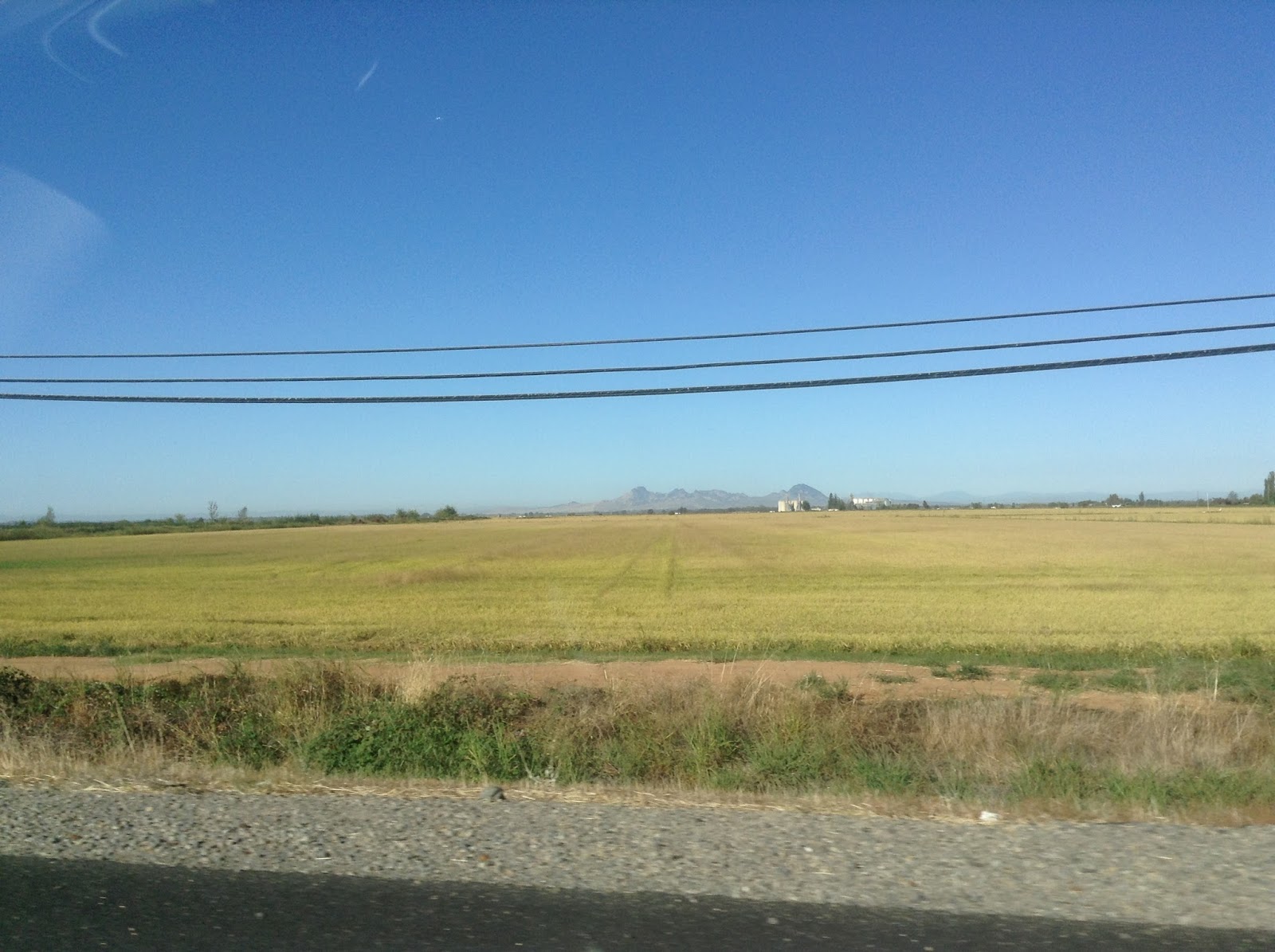 Soon we could see the Coast Ranges. On the roadside - I wasn't fast enough with the camera to show them - there were scattered red dots: tomatoes! Fallen from passing trucks. Crows were eating them and I just sat back and marvelled once more at the concept of open trucks full of tomatoes. 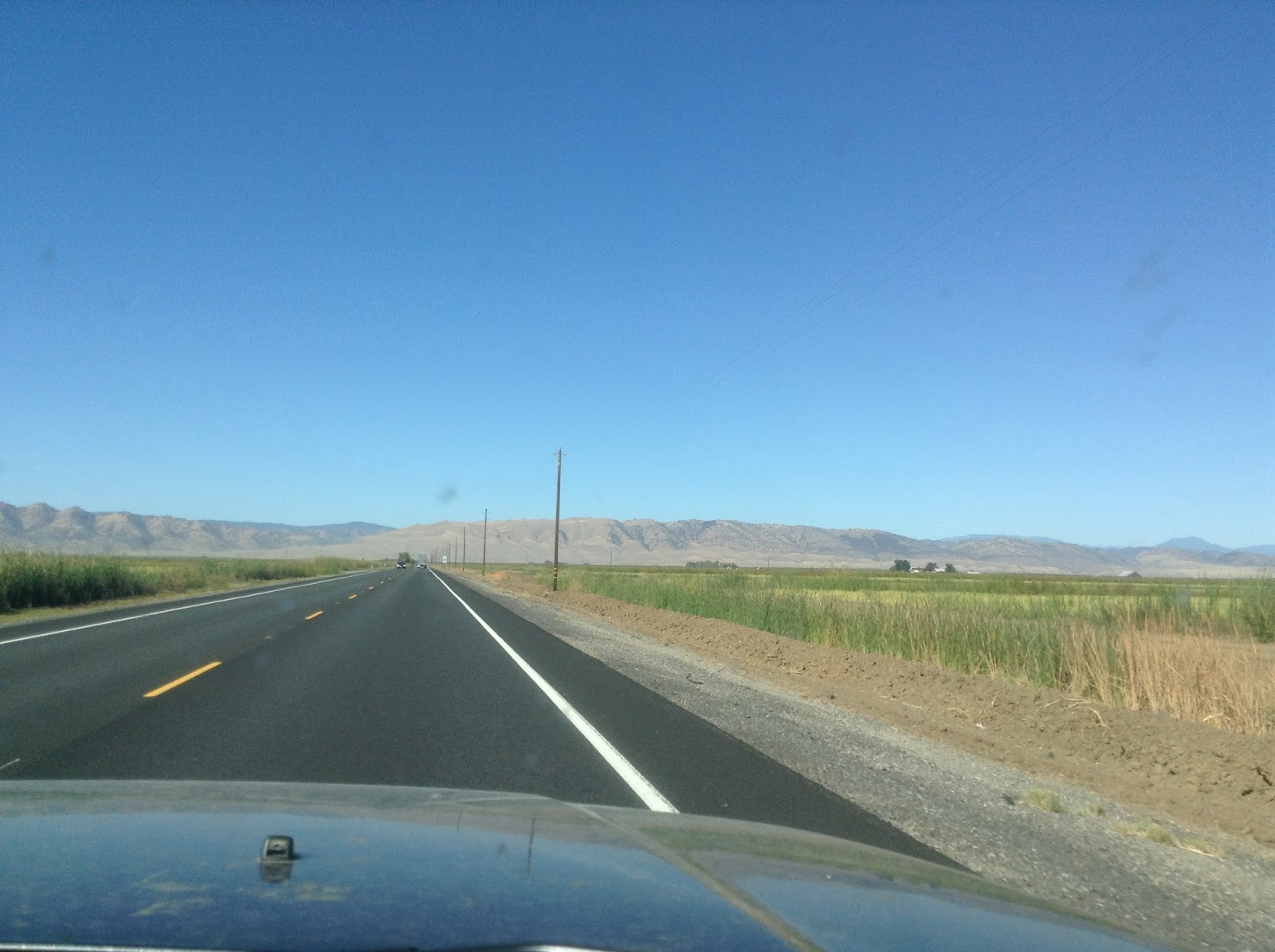 Beyond Williams Hwy 20 threads its way across the Coast Ranges. Ash, lots of ash. More volcanics. California, Land of Volcanoes? Volcanoes 'r' Us? There's a point at which the road heads due south down what is clearly a fault line; on Google Earth there are so many sharp parallel fault lines that this area looks like a gigantic rutted dirt road. There are more trees, but primarily on the north-facing slopes: on the south-facing slopes grasses bake in the sun under the hot blue sky. 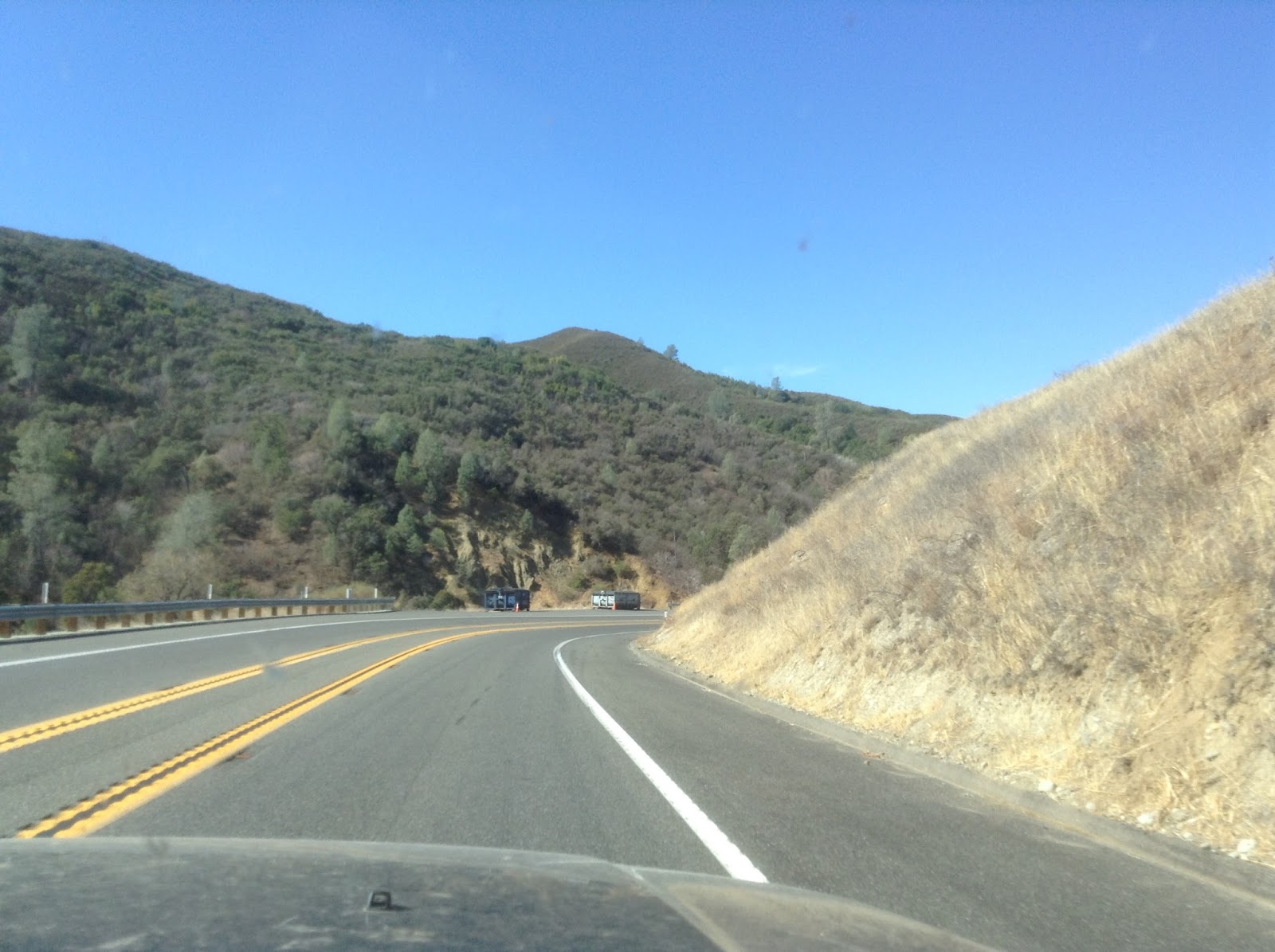 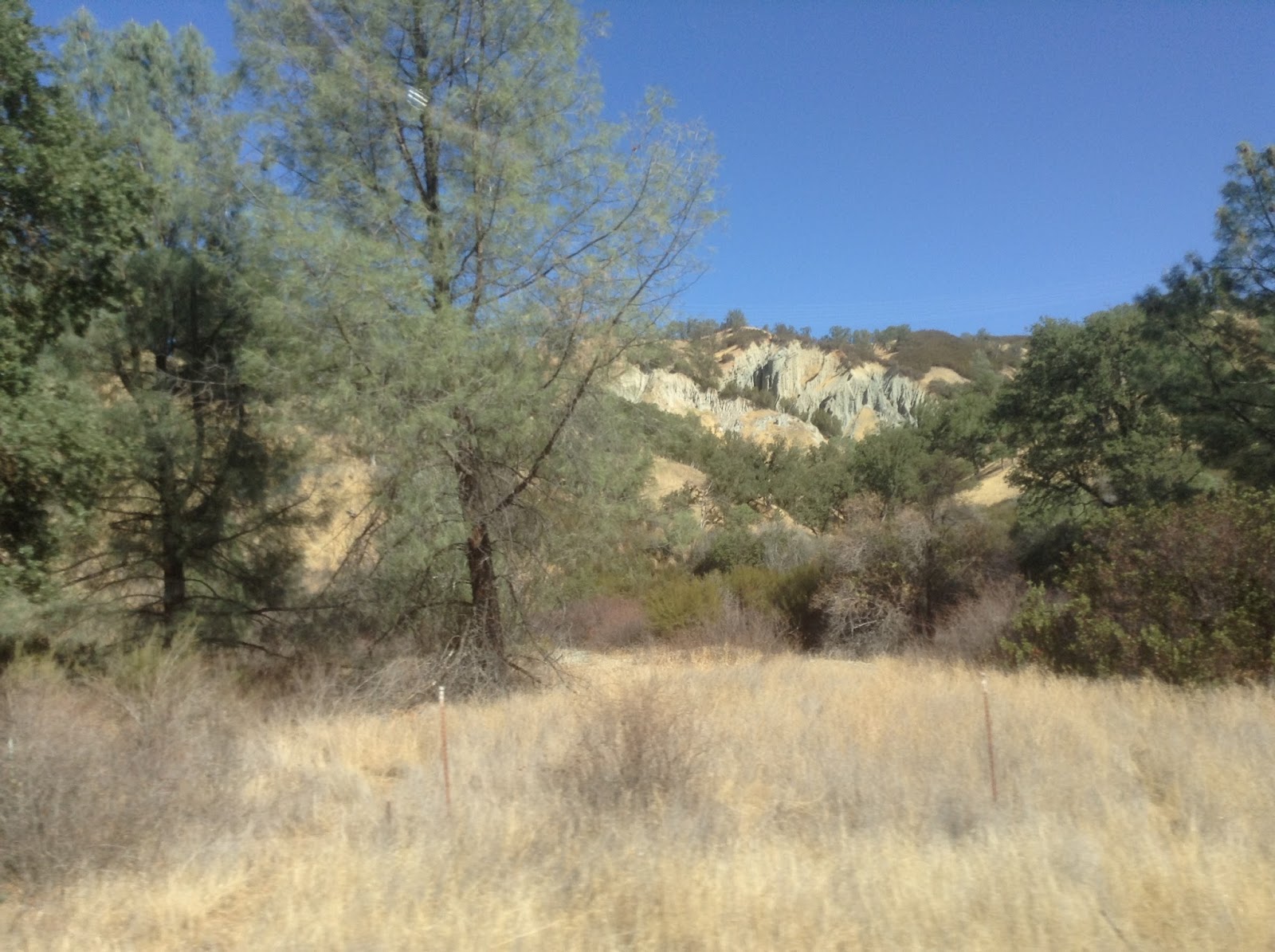 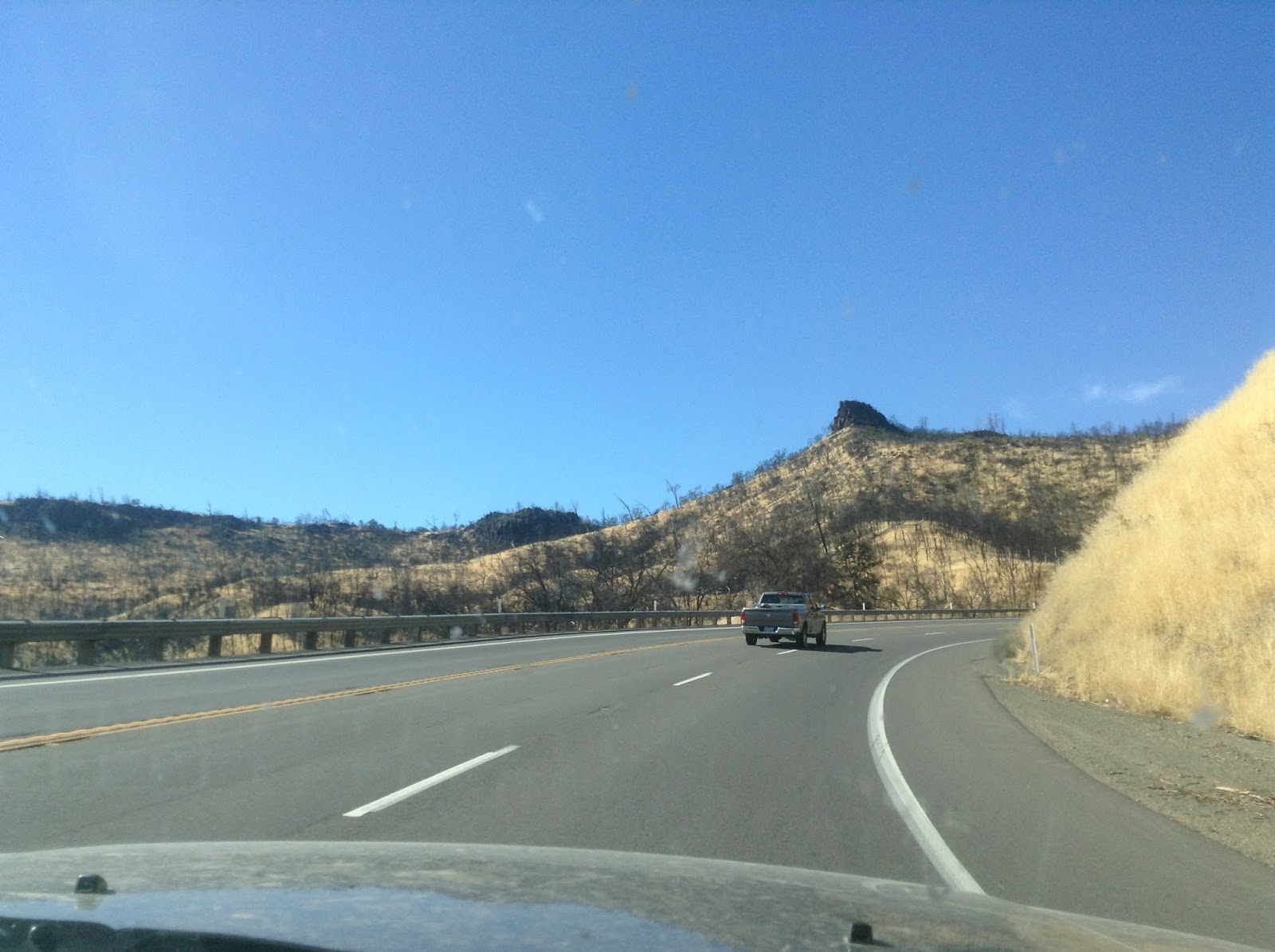 In places there are fewer trees; here the basalt cores of the hills are clearly visible through the fire-blackened trunks. 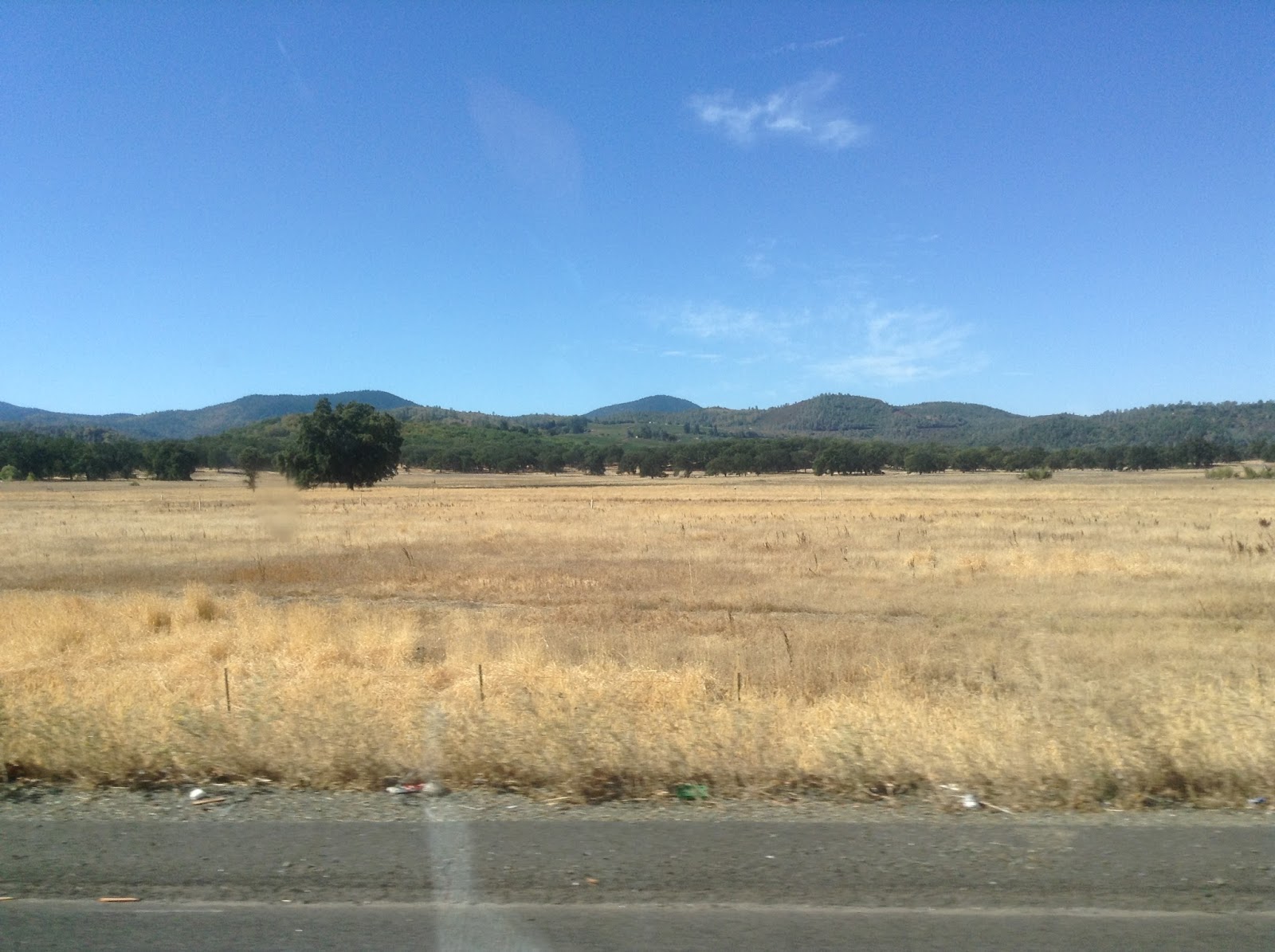 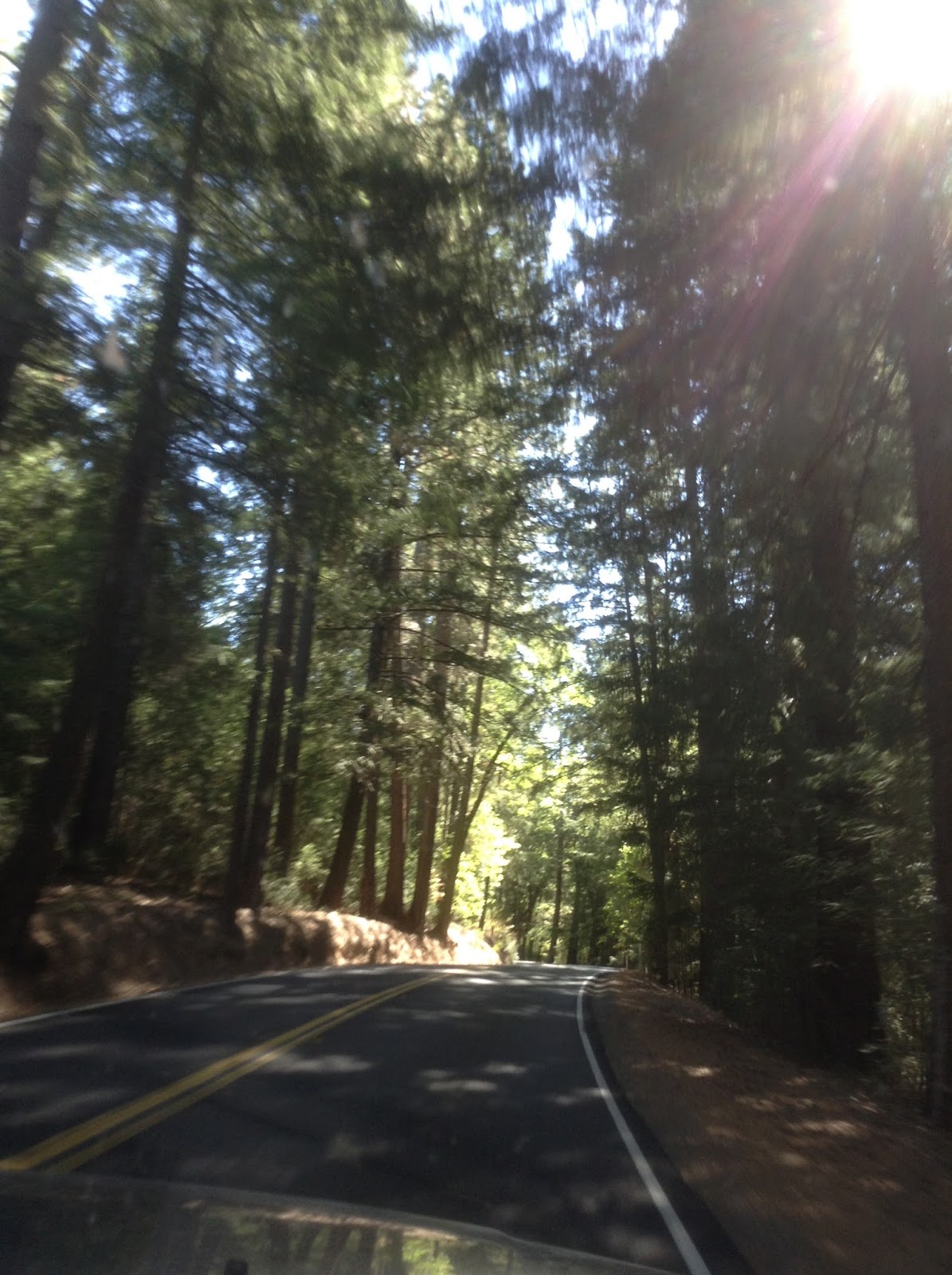 The road plunged down the hillside into the Napa Valley at Calistoga. Vineyards. 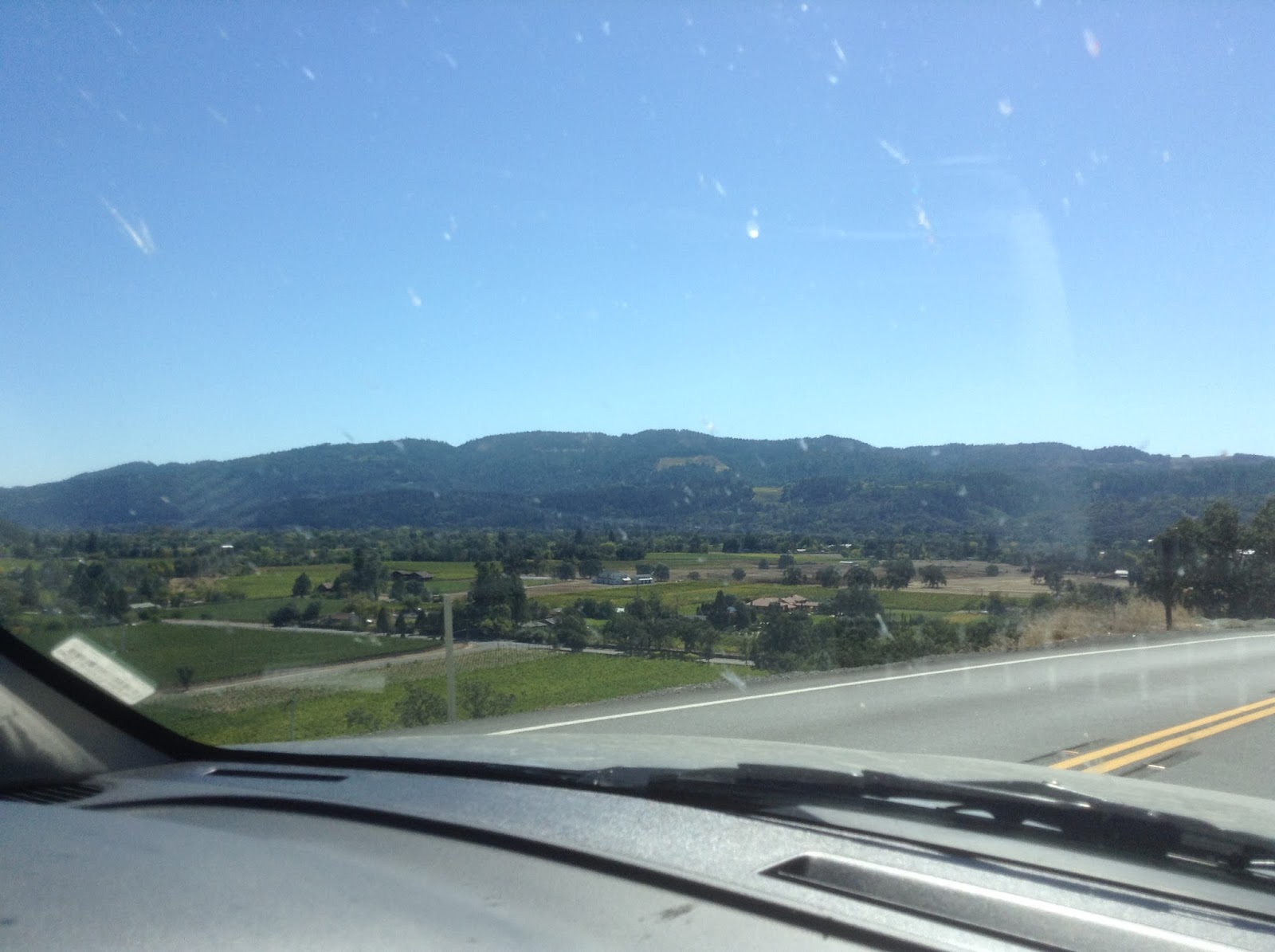 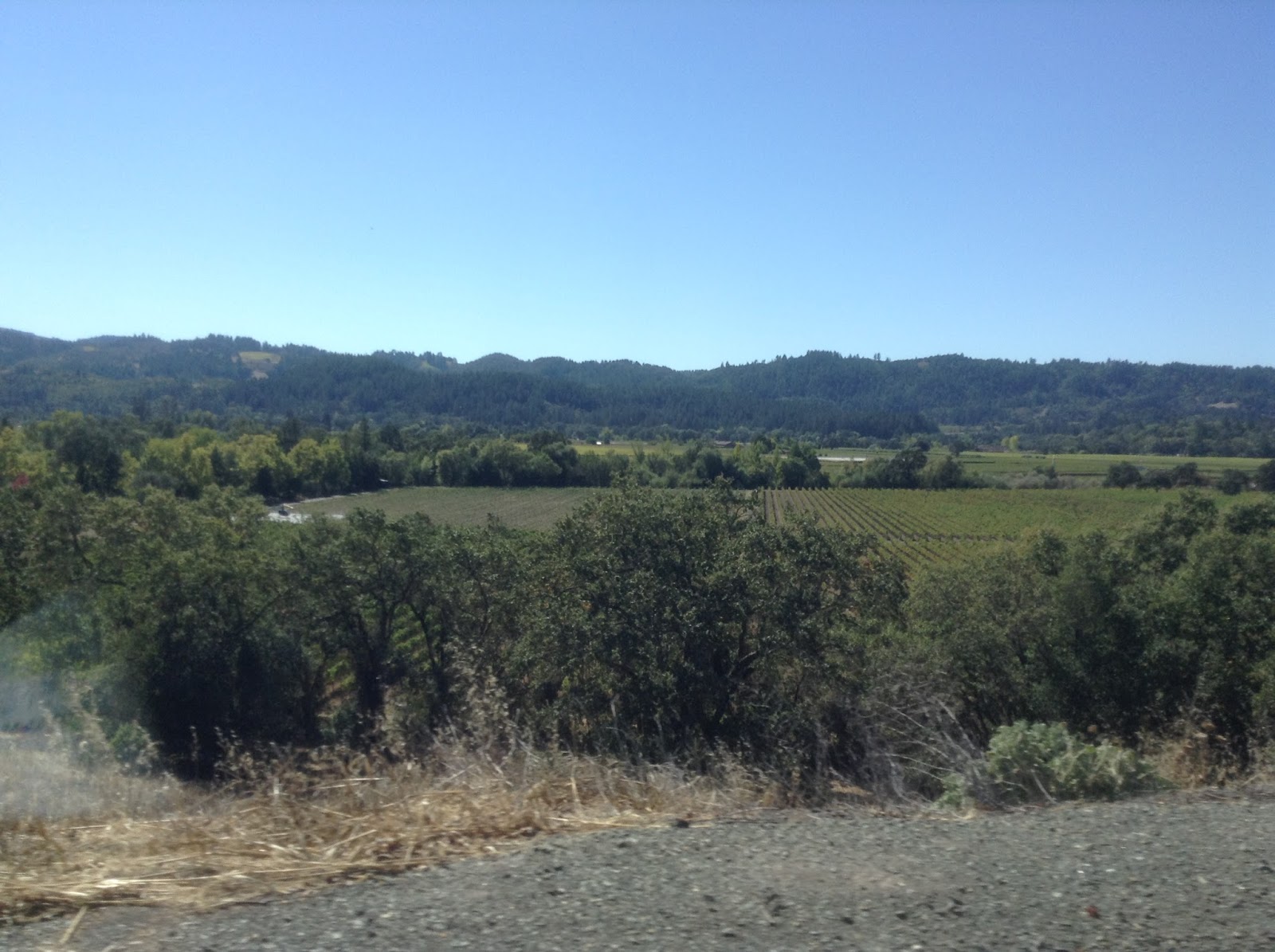 Roadside fingerpost signs direct visitors to vineyards, a very practical touch. We wondered who funded them (guessing the vineyards themselves). 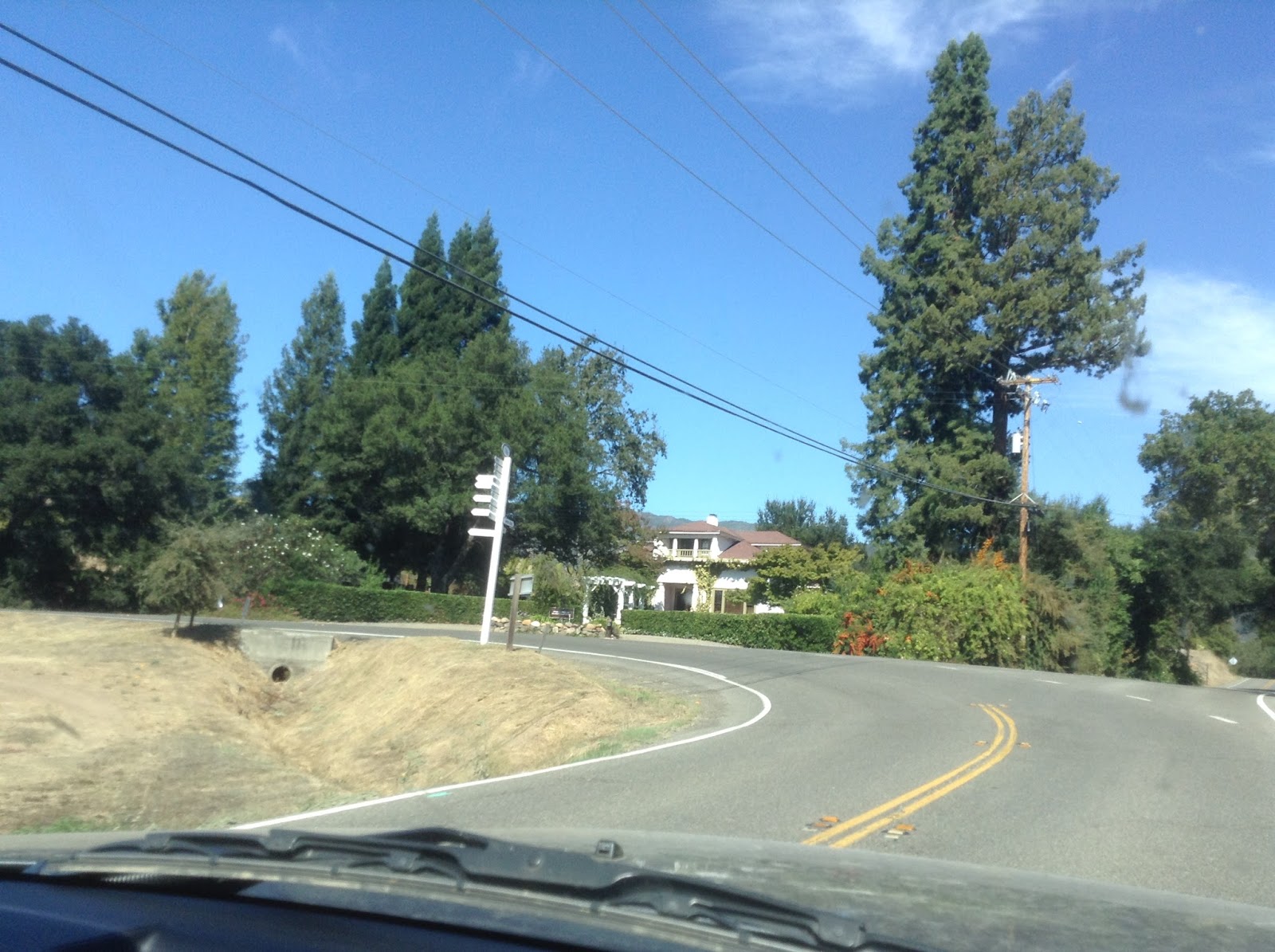 As 128 progressed, there were fewer vineyards, more hillside. On the other side of Cloverdale, it was almost all hillside. The afternoon progressed, we progressed. Pleasant but lacking interest, let alone excitement. The plan was to drive to Hwy 1, then south along the coast to find somewhere for the night; why not find a more interesting way to get to Hwy 1? Turn left here! I demanded in Boonville. Onto Mountain View Road. Our road map suggested it might have been good gravel, but in the event it was paved. And it was beautiful. The road went up, and up, and up. There were redwoods. It went up some more, and then down, and down, and down, and down. Through the gaps in the trees we could see the sea. 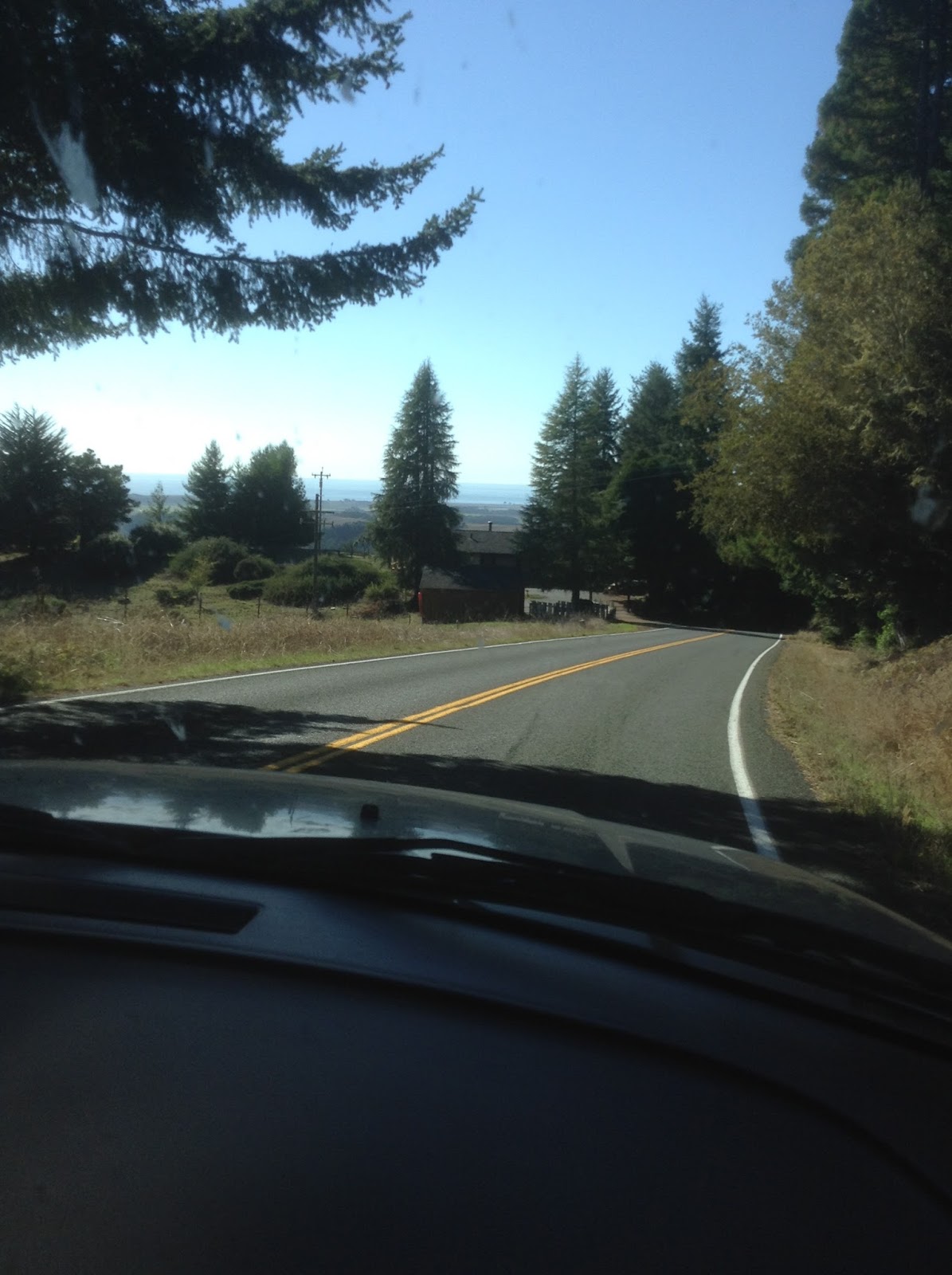 And then there were far fewer trees, and much more sea. 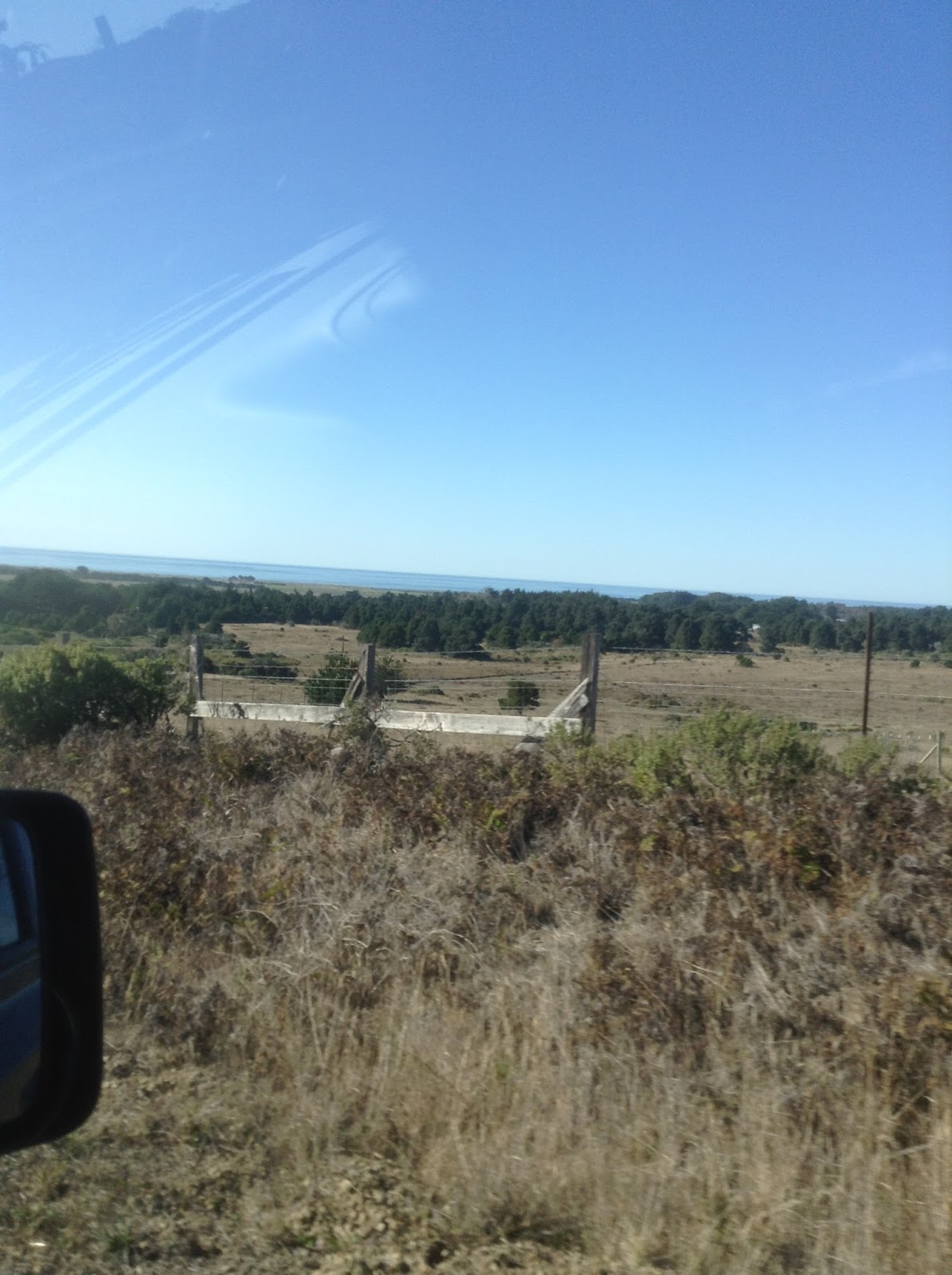 It was Point Arena, and it was getting late, time to be thinking about somewhere to sleep. And eat, eating would be good. I scrabbled for the CAA guide and A. realised it was in his suitcase. We stopped (fresh air was also good) and I discovered that the guide didn't list a lot of options. We'd missed the turn for one of them in Point Arena; the next place of any size was Gualala. We'd have to be alert.
We were alert (anyone else remember "Be Alert! Your country needs Lerts!" the first time around - or at least a long time ago?). Not alert enough to spot the first place we passed, but that was good: we arrived at the Breakers Inn instead, and they only had luxury rooms left. Sauna or jacuzzi? Oops, sauna is taken. Jacuzzi? How could we say no? As we hauled our suitcases down the stairs, A. said he'd hoped we could find somewhere special for this last night on the road. We did. 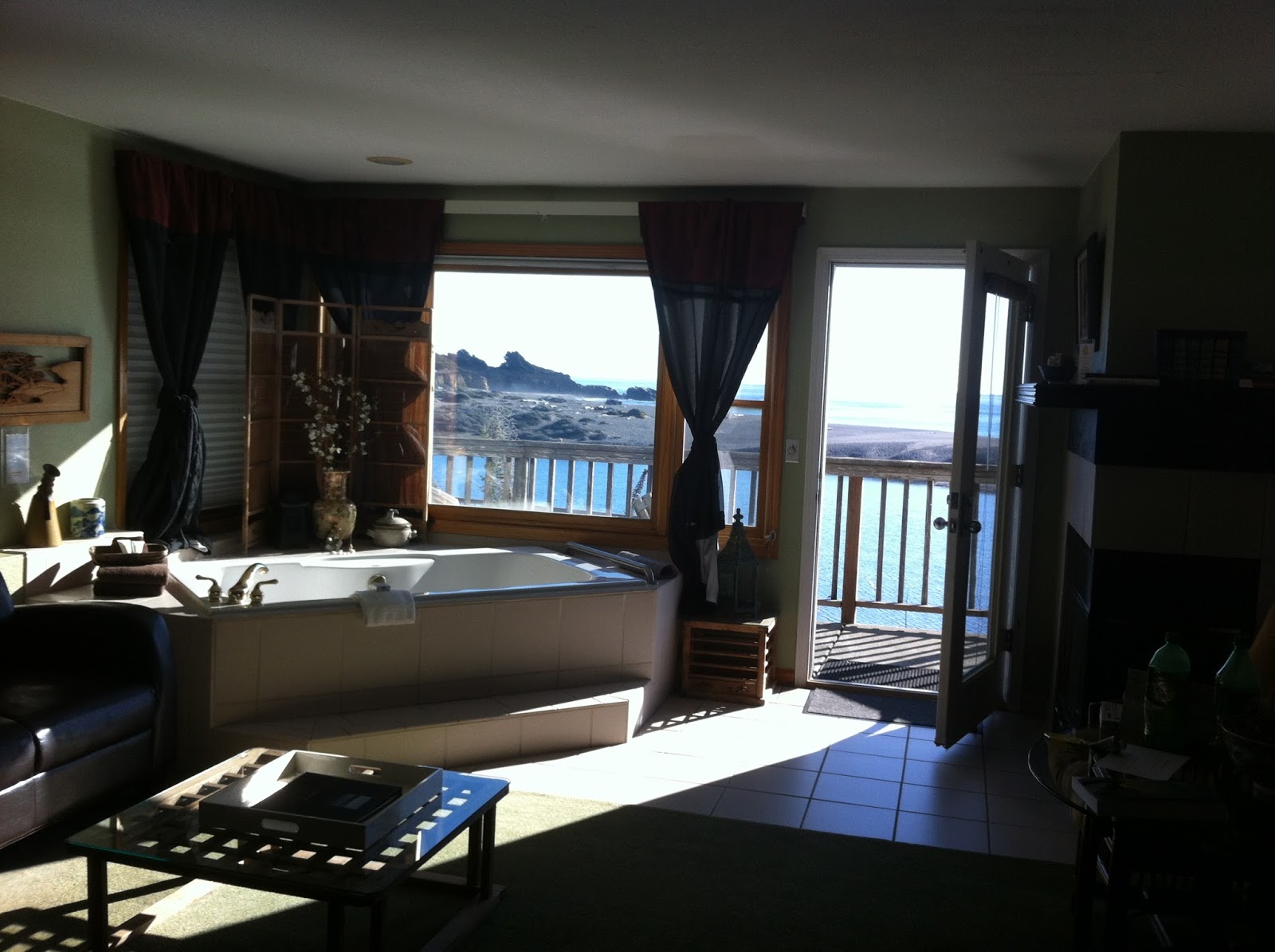 Jacuzzi in the window. 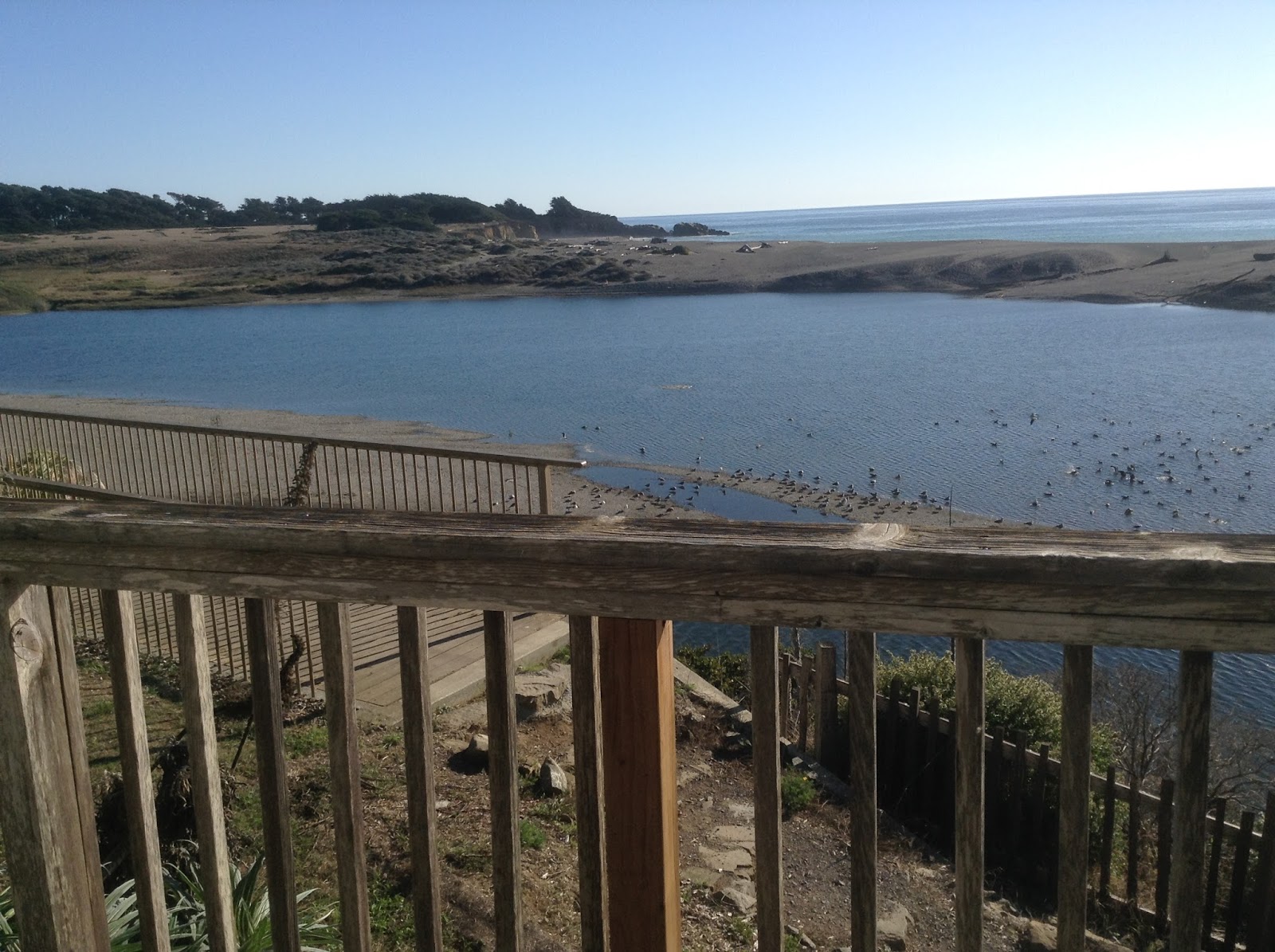 We assessed our options and the time available, and came up with A Plan: showers and dinner before anything else, as people in North America eat earlier than in Europe. In London we can sometimes get tables in good restaurants at 1800, provided we are out by 1930; here we need to be at the restaurant by 1730 if we don't have a table reserved. Dinner at Trinks was good, the wine was excellent. We took our desserts back to the jacuzzi with us. After jacuzzi, we sat outside on the balcony and watched the sun sink into the ocean and the stars come out once more. Not Death Valley, but memorable nonetheless. 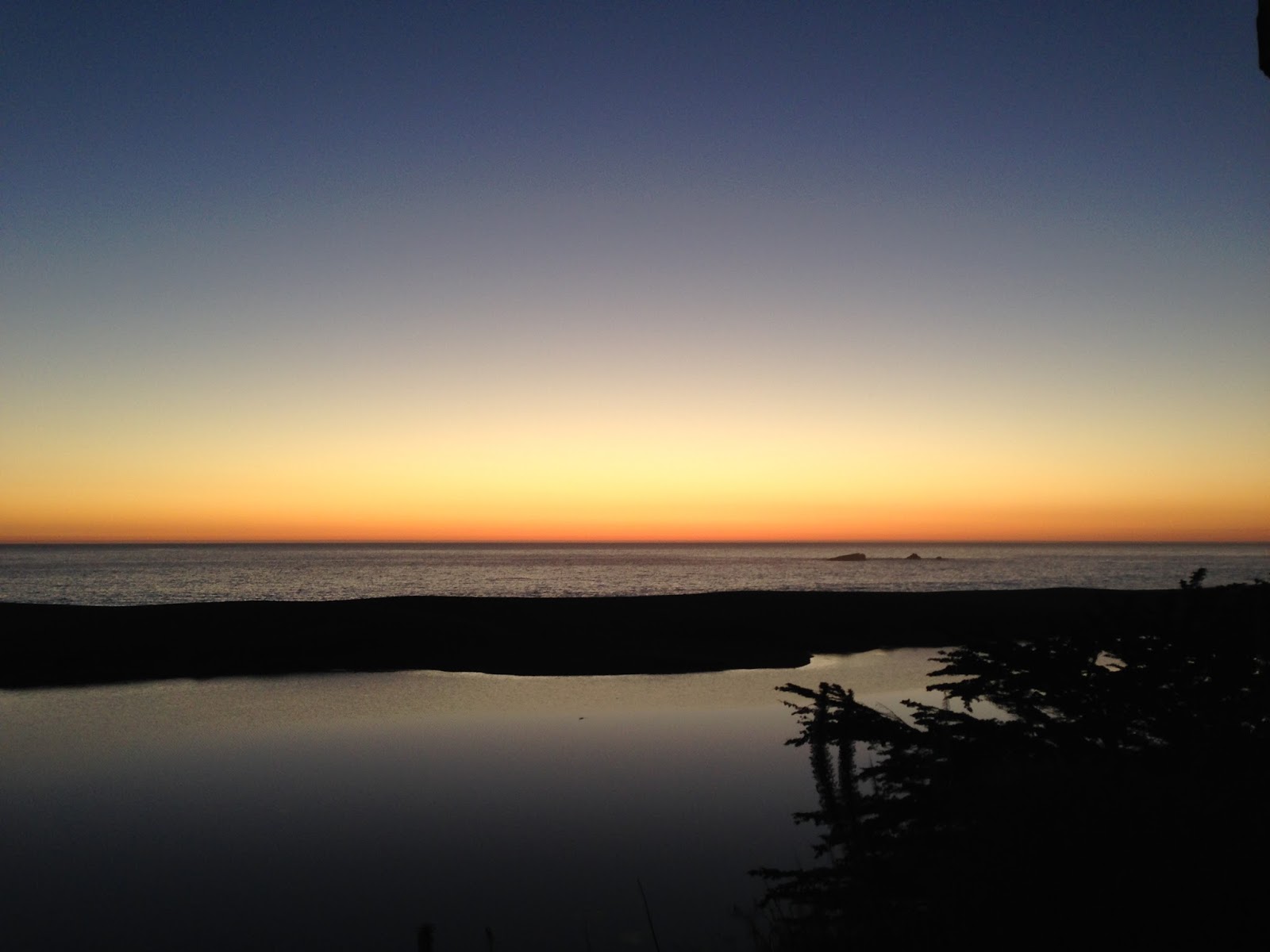 It sounds romantic, and it was.
Then we began to ponder the names of the constellations (there were so many more than we knew), and I remembered I had a phone app that used Location Manager to display the stars where I was, and that worked but needed updating, and A. wanted one on his phone and had to google to find the best one, and then there was downloading of additional features and tweaking of settings, then comparison of lovely informative screen images, and then all was peaceful again for about ten minutes, after which we started trying to take time-lapse photos of all the stars, so had to google night sky photography on iPhones and apps for the phones, and then had to download them and work out the settings … There was a lot of kneeling and balancing of phones on the balcony rail and assessing images and general dissatisfaction followed by more google, and do it all again. It was Fun. It was All Good. It was far better than All Good. I even got a photo in which it is possible to see some stars. Don't use too much imagination, most of the dots are CCD noise :-) 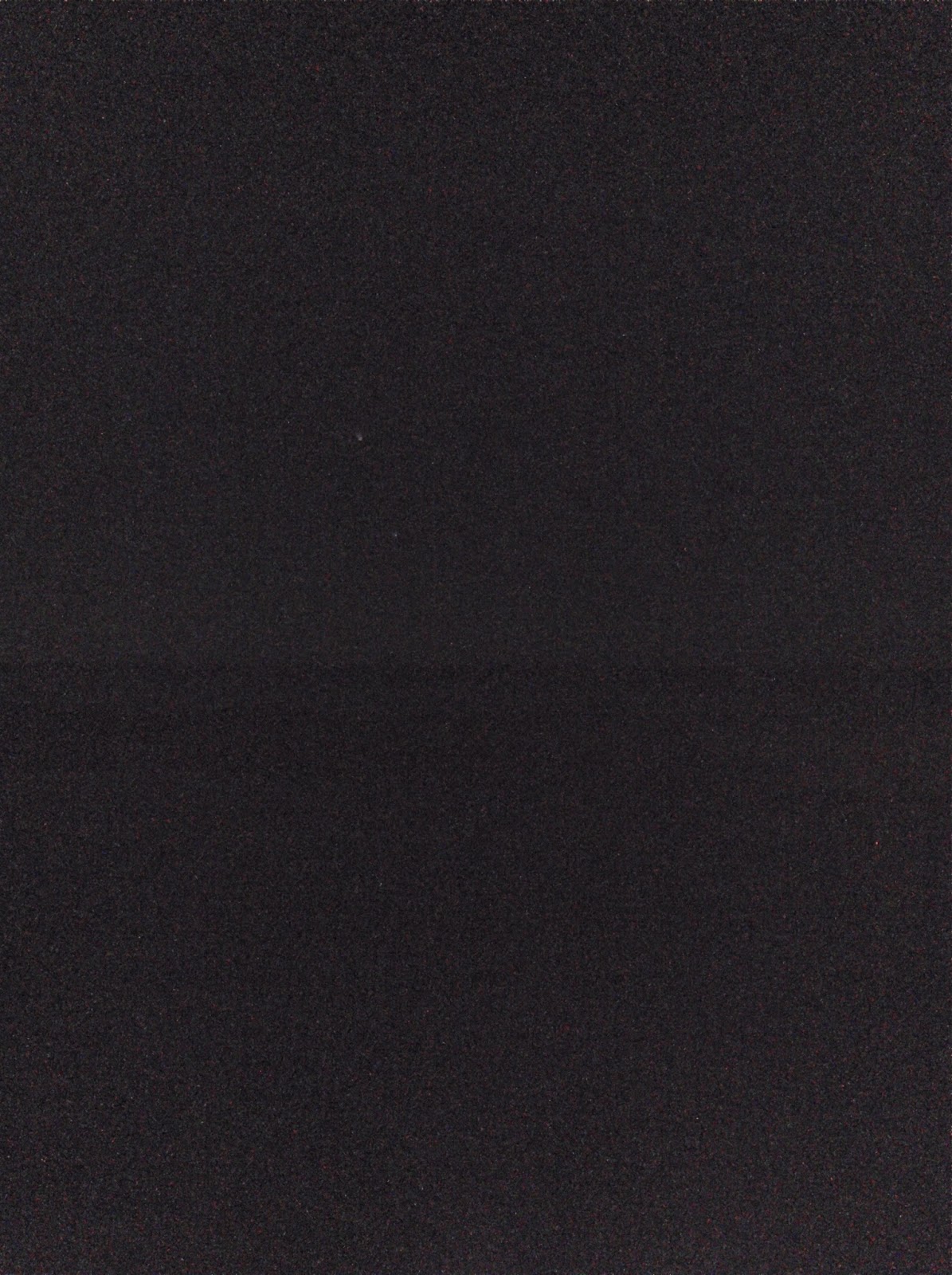 One of the reasons I love taking hikes around here is that I know the reasons behind the landscape so well. If I go somewhere new without understanding why the land looks the way it looks, I get something akin to culture shock - it is all too foreign to me.

I hope you two get back there someday soon; I'm sure there's plenty more to explore!