Yosemite Day One (Bother, I thought I'd published this yesterday. Sorry!)

On Friday morning we said our sad farewells, then headed south and east. Talking with our friends and people in Jackson had left us very aware of the fire hazard - the woman in the gas station had swallowed hard before mentioning recent lightning storms, and I could hear the dread in her voice - so we wished people well when we noticed the scent of smoke on the air. We drove through San Andreas and thought about earthquakes, although the fault is named for a different place. We stopped in Angels Camp and considered jumping frogs, and what tourism means to small towns. 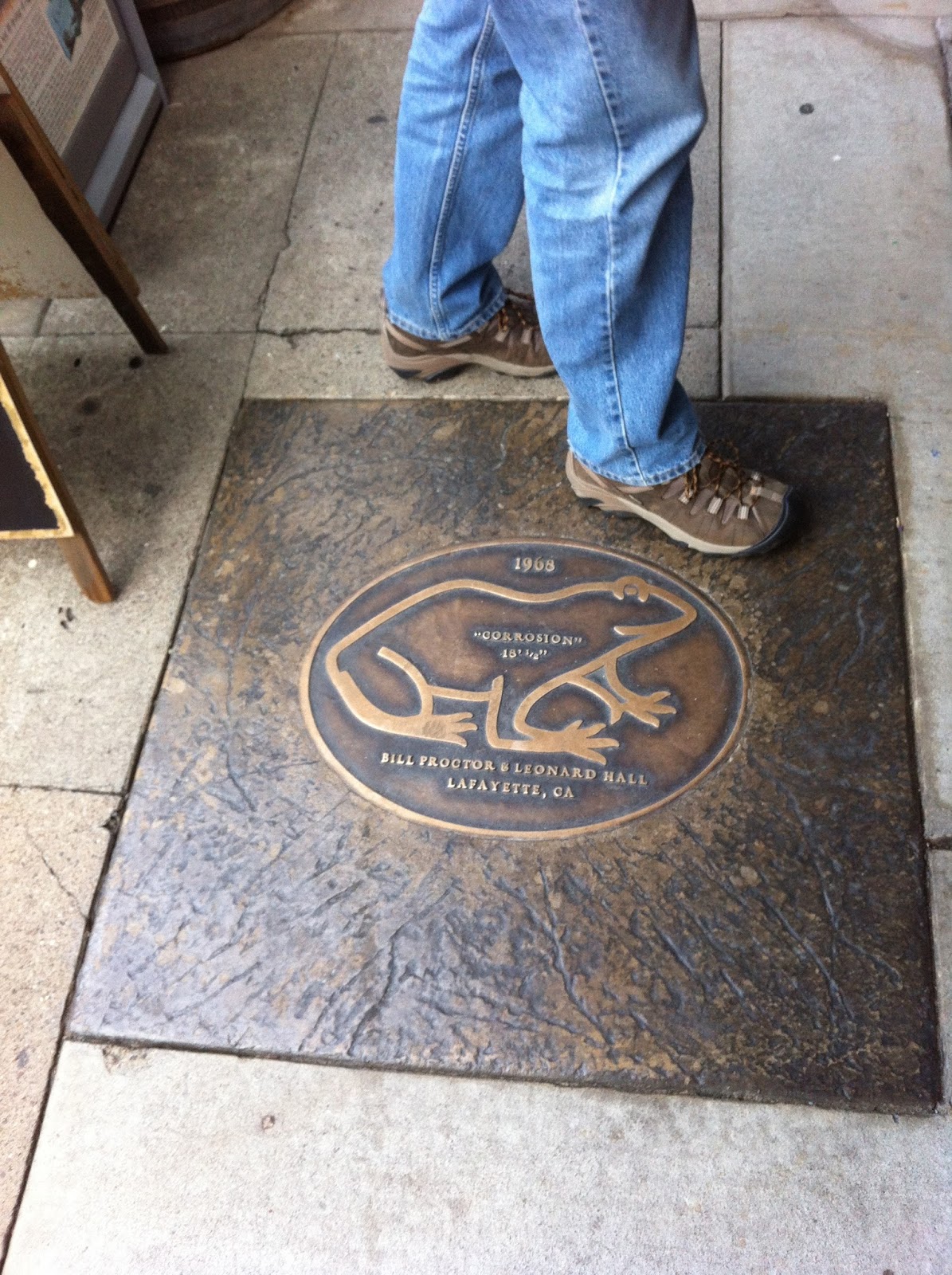 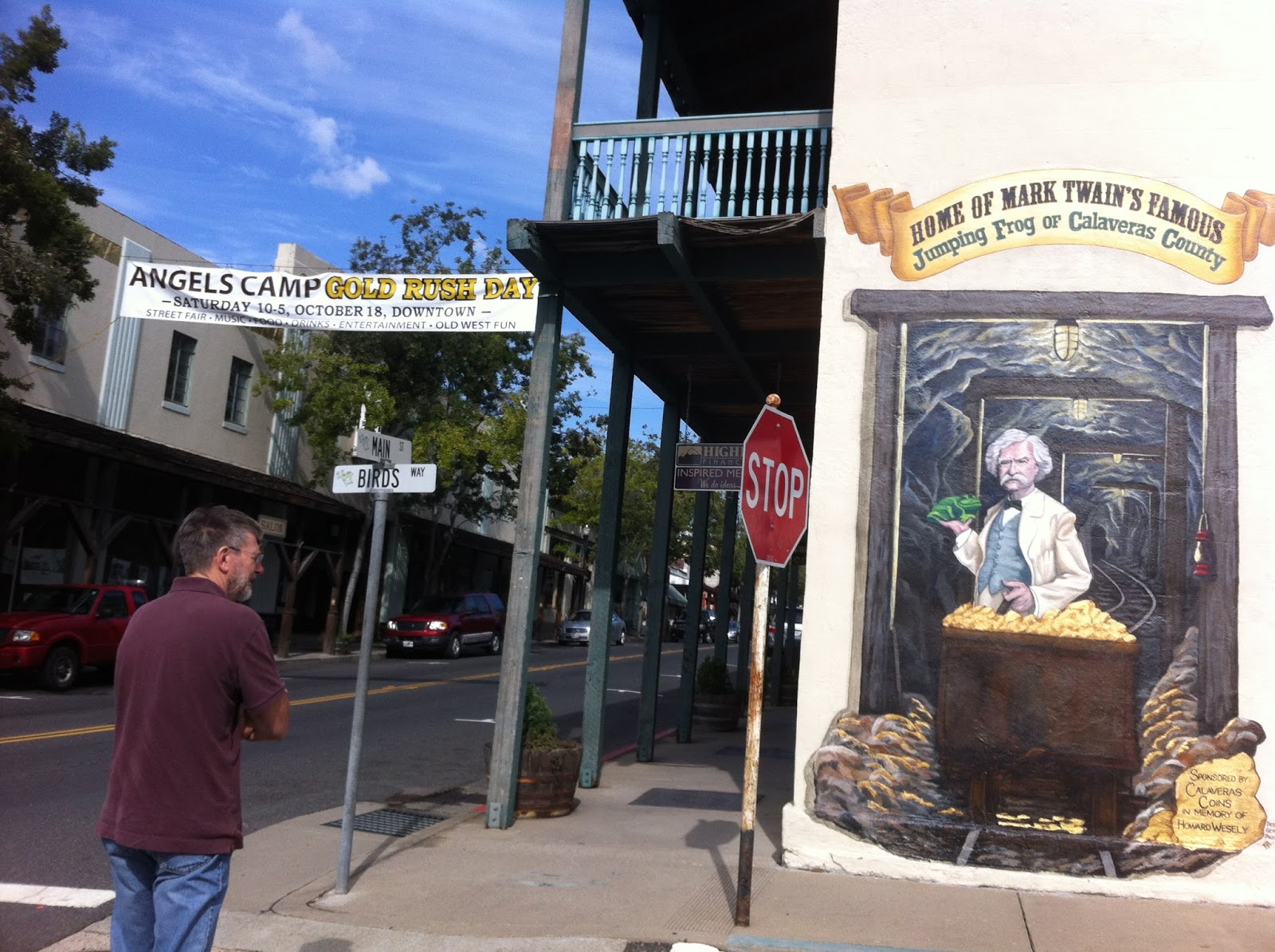 Hwy 120 crosses New Melones Lake, where a stunning viewpoint allows visitors to consider the impact of the current drought in a state that exports so much water in the form of fruit and vegetables. 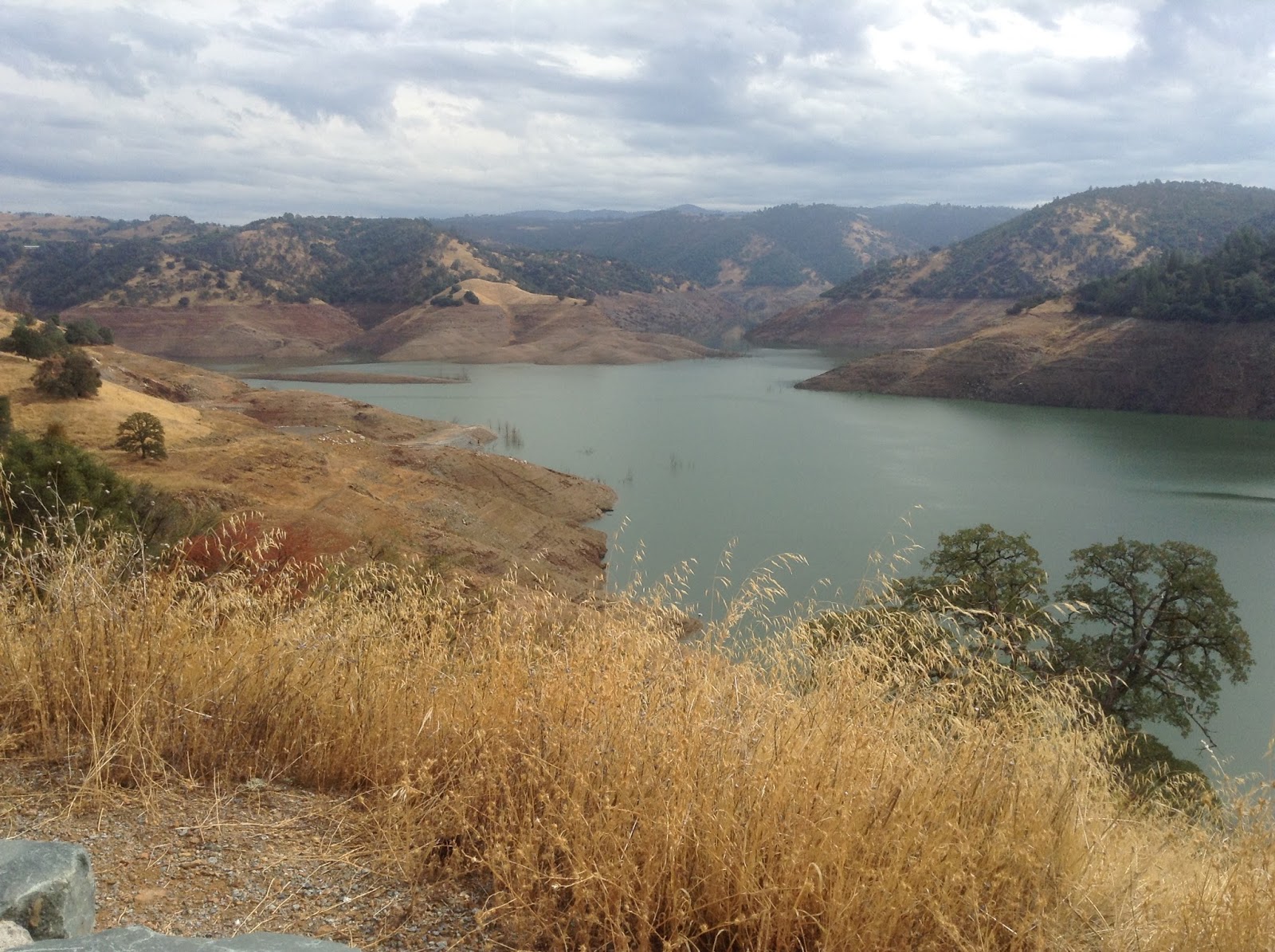 We followed 120 as it turned east, into the Sierra Nevada. The mountains force water-rich clouds to higher altitudes where lower temperatures encourage droplet formation. Which is to say, more rain. The trees are taller. There are more of them. The road no longer rolls easily over and around the hills, it clings to the side of them, cut into the rock high above a river valley. 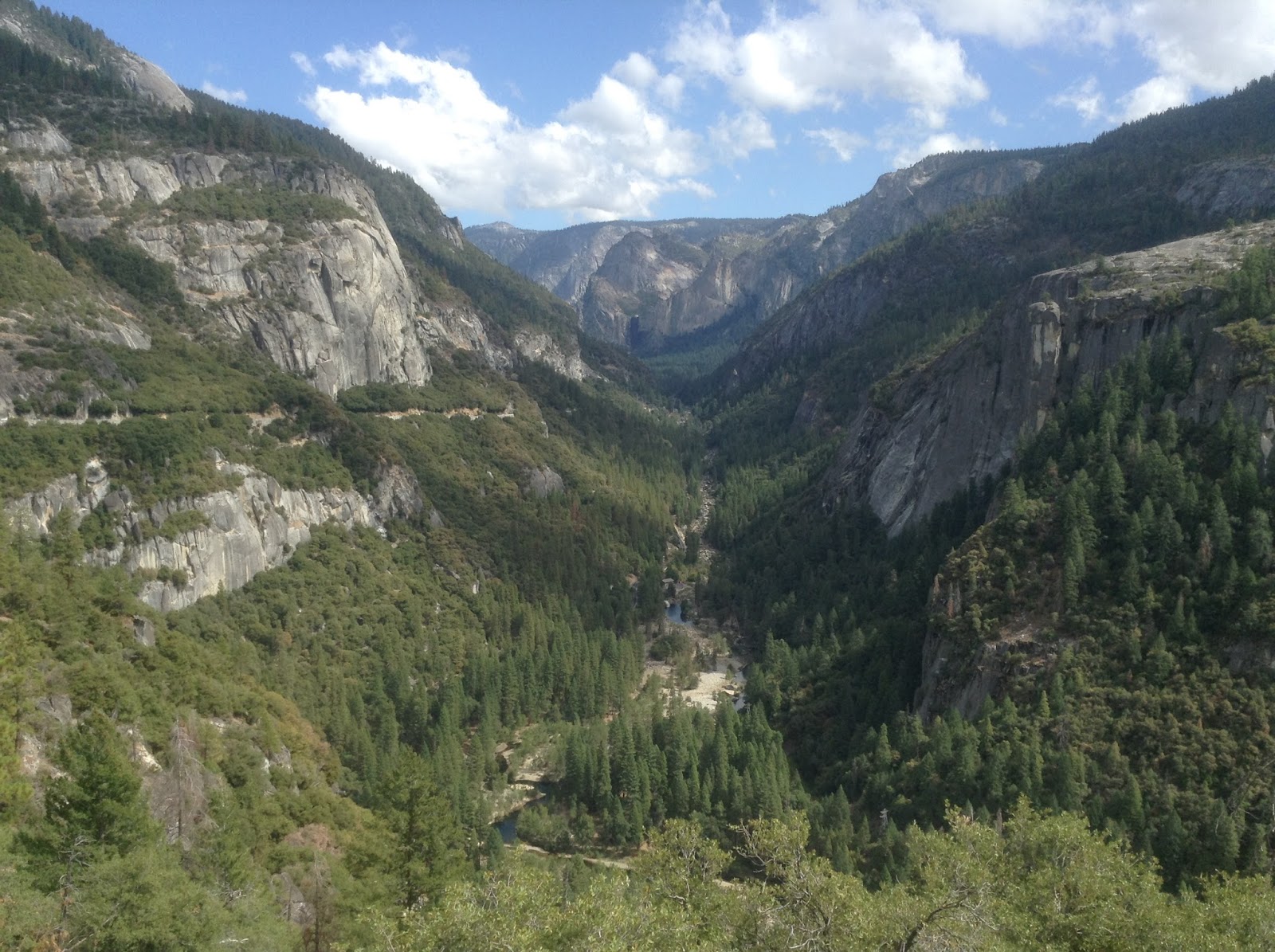 Around another corner and in late afternoon there is nowhere to park to take the money shot: the view of Yosemite Valley from the Tunnel Viewpoint. Fortunately everyone parked there has shared theirs on the internet.

Down into the valley. Stark smooth pale grey granite everywhere, stunningly immense rockfaces towering above the valley floor. Including el Capitan, or 'el Cap' as we called it after hearing Andy Kirkpatrick talk about one of his solo ascents in 'Psychovertical'. 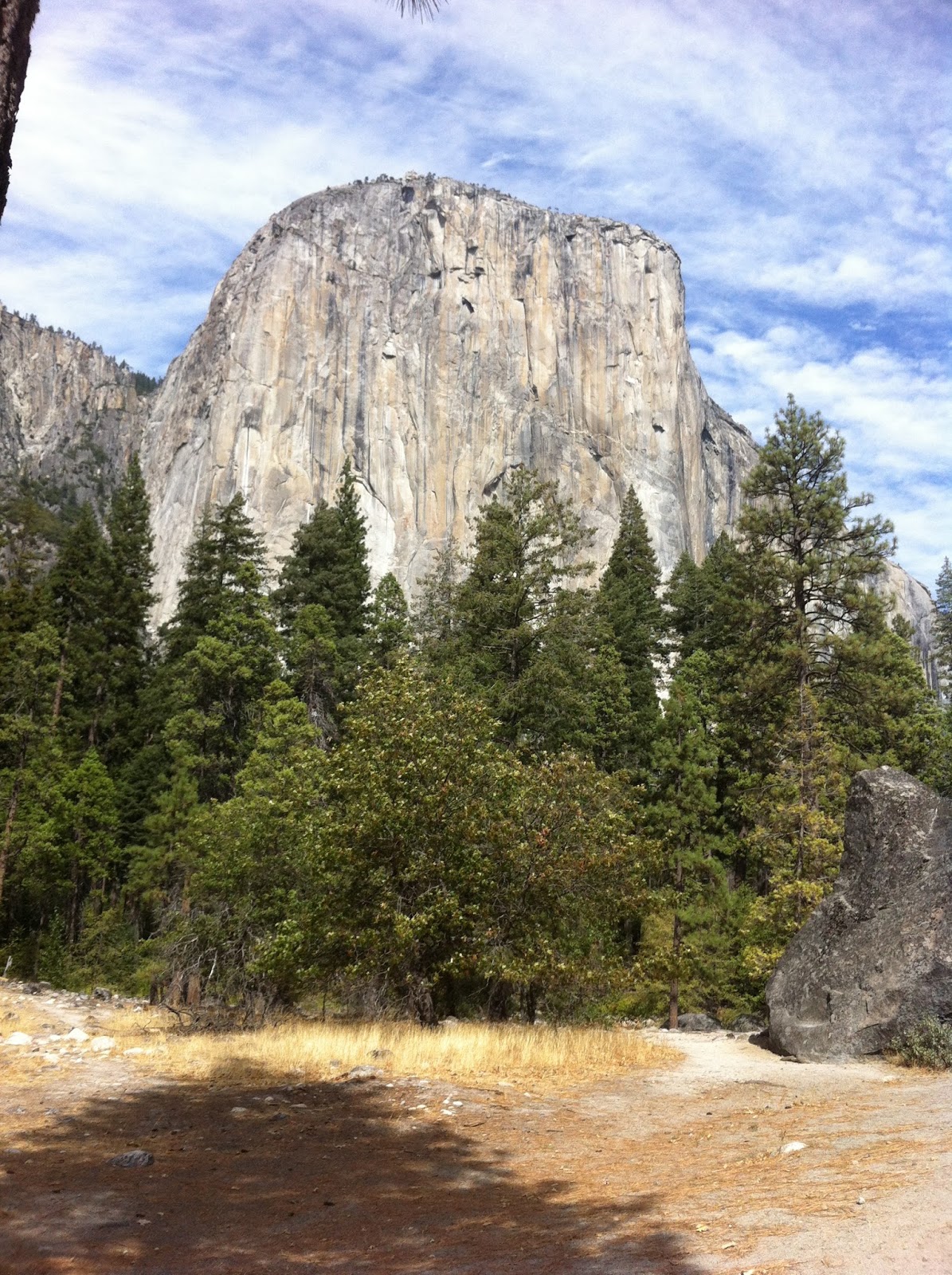 I'd left it too late to book a room with a proper roof and walls and heating, so we were in one of Yosemite's famous tent cabins in Curry Village. Our home for the next two nights: 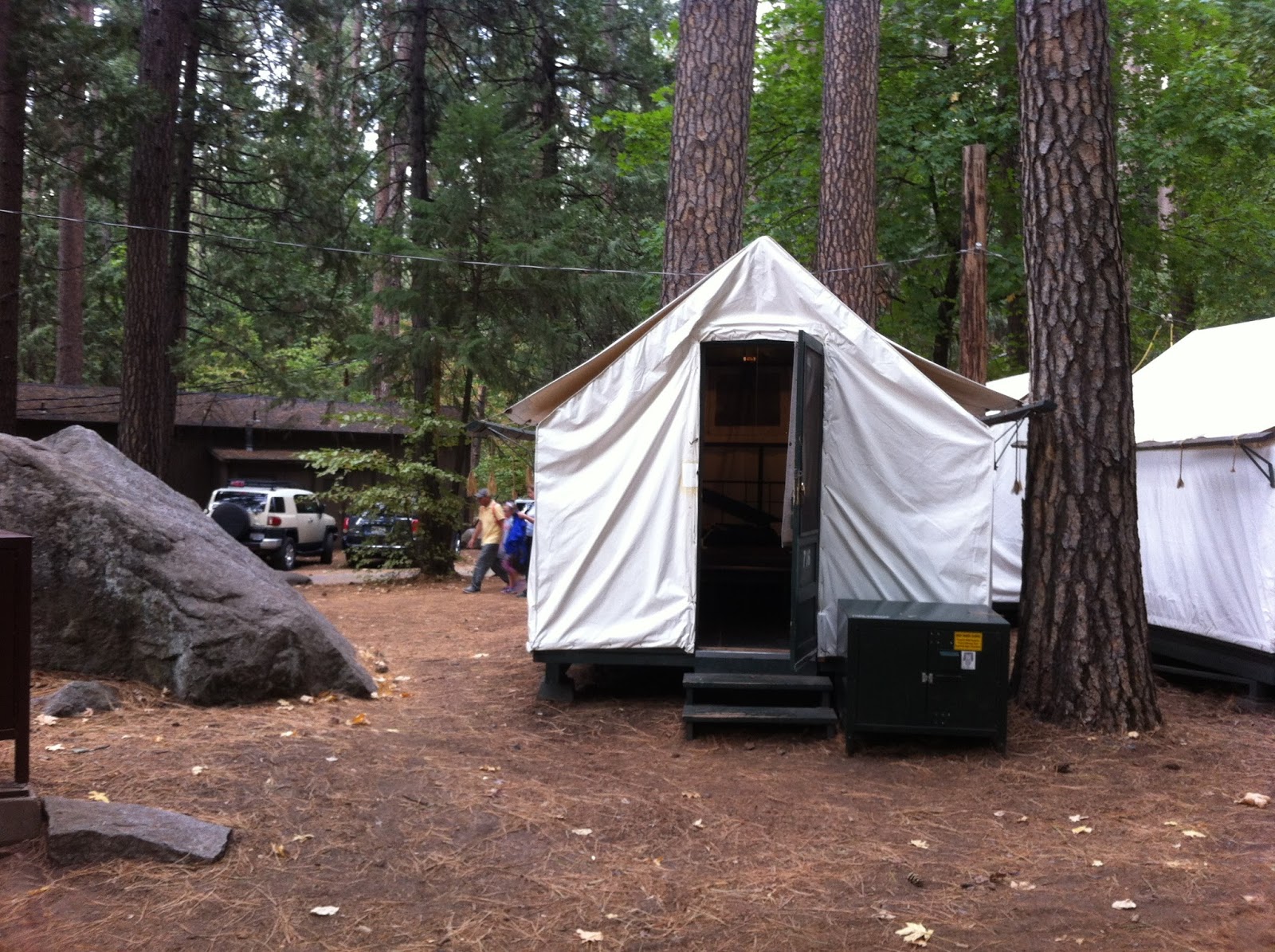 New fire today in Yosemite.... Headed home myself, probably into the smoke :(